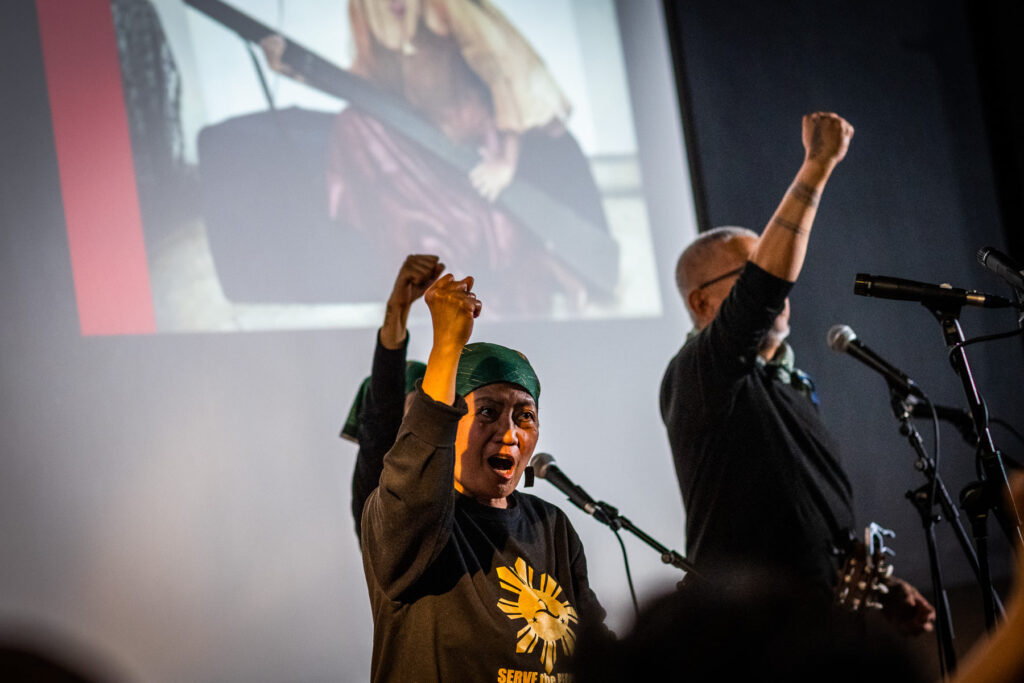 Linangan (WILLEM GEERTMAN ART & CULTURE NETWORK) is a collective of activists, artists, and cultural workers committed to undertaking activities to inform the Dutch public about the situation in the Philippines. They will present Pagpupuyos*: a multimedia exhibition featuring revolutionary and progressive art works that relate to the decades-long struggle of the Filipino people for national and social liberation.

The featured works include documentary video clips,  social realism artworks, and the art and culture from National Democratic Movement of the Philippines. The social realism art movement was part of the struggle against the Marcos dictatorship, which was supported by various Western governments and corporations with money and weapons. The National Democratic Movement in the Philippines has developed a strong artistic and cultural component that presents revolutionary images and narratives about the struggles and aspirations of the Filipino people.

This exhibition is more urgent than ever. An alarming increase in attacks against Filipino progressive and revolutionary artists has recently been reported. Many suspect that the violence is related to the comeback of the Marcos family onto the Filipino political scene and their alliance to the Duterte family. Artists and cultural workers have been vocal against the Marcoses and the Dutertes. Ferdinand “Bongbong” Marcos Jr. and Sara Duterte-Carpio are now President and Vice President of the Republic of the Philippines respectively. Bongbong Marcos is the son of the former dictator Ferdinand Marcos Sr, while Sara Duterte is the daughter of former President Rodrigo Duterte (who became known for his Anti-Drug War and its frenzy of extrajudicial killings).

Even before Marcos and Duterte had taken their public oaths, attacks on media, activist organizations, critics and political opponents of the Marcoses and the Dutertes were rapidly documented. Many suspect that this is part of a scheme to ‘cleanse’ the Marcos family name and stage a political comeback. Many also fear that the new political alignment will shield former President Duterte from prosecution for the thousands of cases of extrajudicial killings during his administration. Despite the oppression of the Filipino people, Western governments and corporations continue to have ties to the Marcos and Duterte regime, as they have done throughout the decades.

This year marks the 50th year since Marcos placed the entire country under military rule. The dictatorship was toppled by a military coup and popular uprising in 1986.

Many of the works that will be presented were created during the struggle against the military dictatorship of then President Ferdinand Marcos Sr. Linangan hopes that the small multimedia exhibition will serve as a kindling fire shedding light on the massive corruption, plunder, and human rights violations that characterized the dark years under the Marcos dictatorship. These have been seemingly swept under the carpet by a torrent of lies and disinformation through a well-funded campaign to erase the truth from Philippino history.  Hopefully, tiny sparks will turn into blazing torches of resistance, not just against the return of the Marcoses to political power, but also against the root causes of oppression and exploitation in the Philippines. 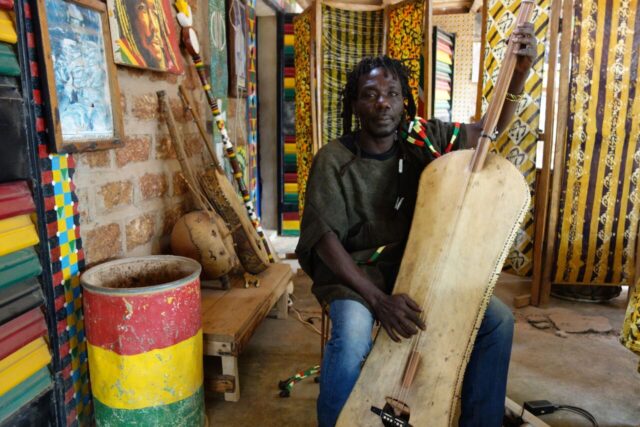 Burkinabè Rising: the Art of Resistance in Burkina Faso