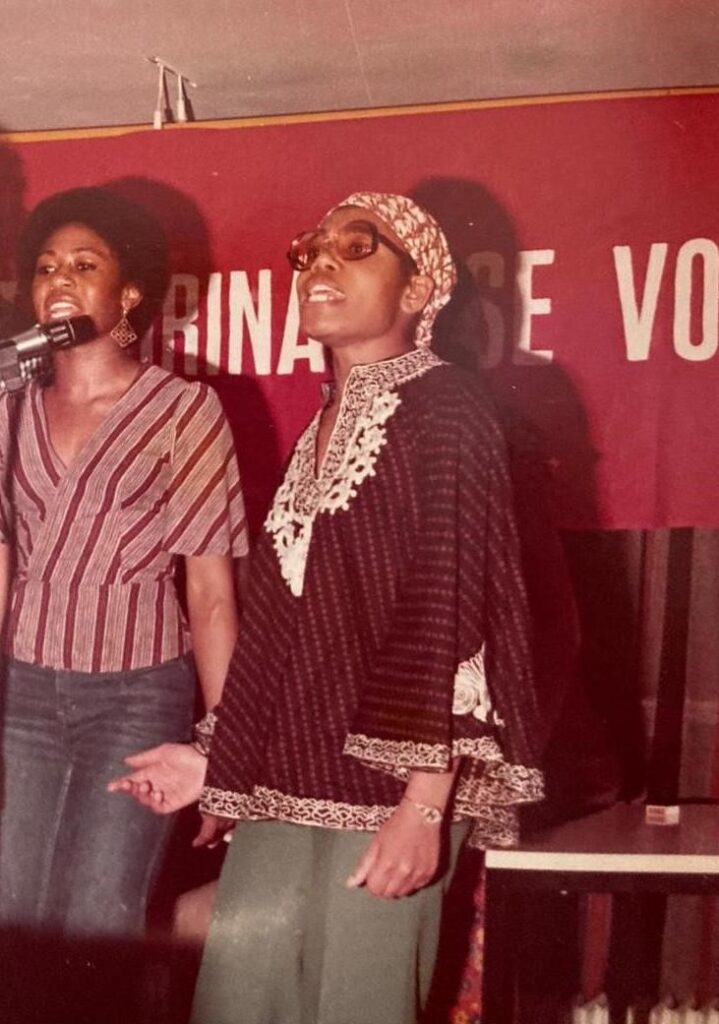 During her student days, Nadia Tilon (Paramaribo, 1953) became involved in the National Organization of Surinamese Organizations in the Netherlands (LOSON) and with its successor, the Surinamese Workers and Workers Organization (SAWO). The LOSON and the SAWO were involved in the struggle against neo-colonialism in Suriname; for equal rights of the Surinamese diaspora and other marginalized groups in the Netherlands, as well as international solidarity with socialist movements worldwide. Nadia Tilon was part of LOSON’s theater department and acted and sang in various activist shows and music groups during demonstrations and meetings. In 1978 she worked on Oema foe Sranan (Women of Suriname), an anti-colonial film with a socialist slant, made by Cineclub Vrijheidsfilms in collaboration with LOSON and with support of the former Democratic Peoples Front in Suriname. 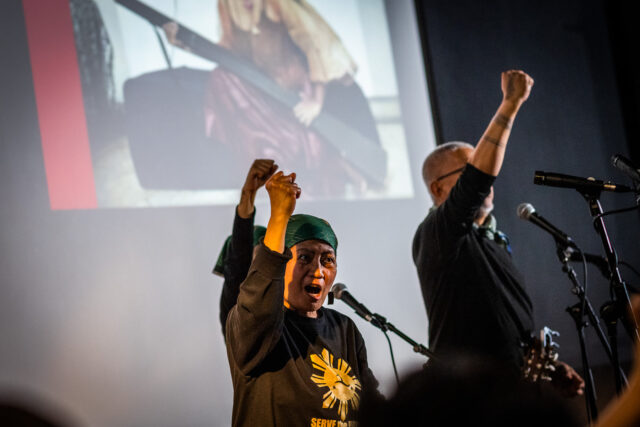