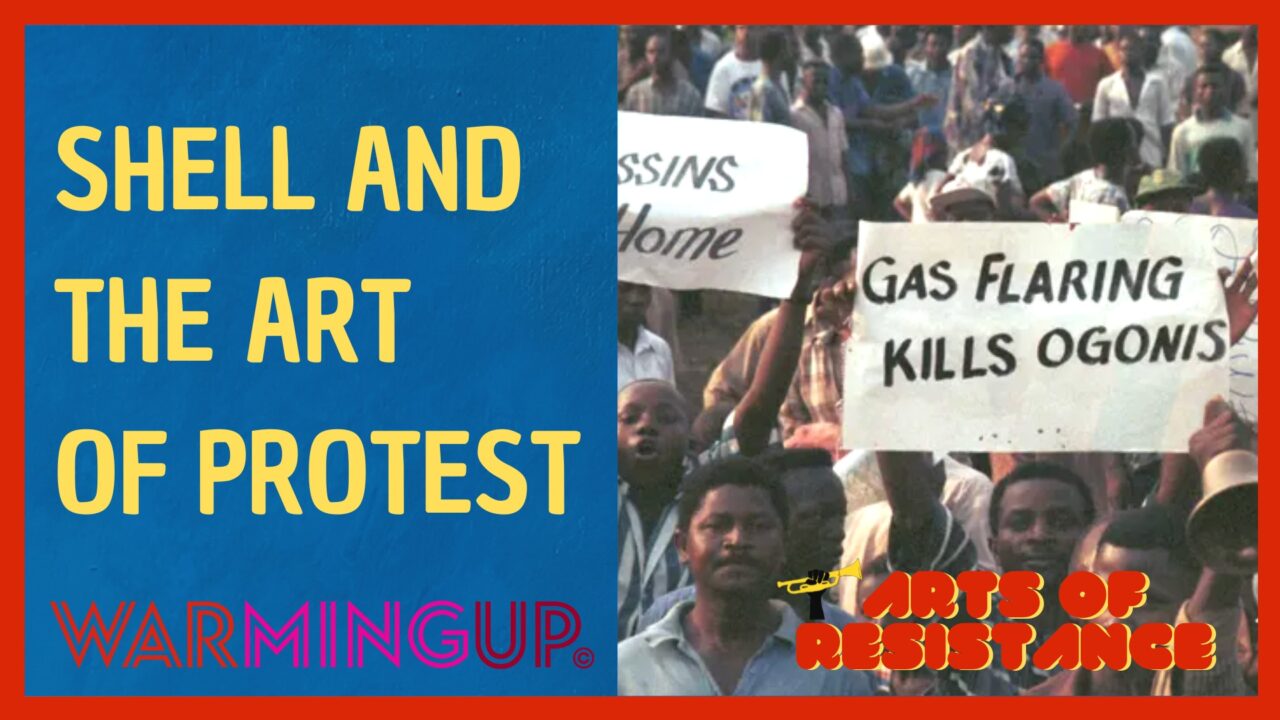 Shell and the Art of Protest: Indonesia

‘Shell and the art of protest” consists of three programs that reflect on the role of Shell in Indonesia, Nigeria, Surinam and Curaçao. We reflect on the colonial past, the neo-colonial present, and the broad theme of climate justice. In this edition, we look at Indonesia with artists, film-makers and activists.

Especially for this program, the award-winning Indonesian filmmaker Harryialdi Kurniawan made an artistic short film about the role of Shell in Indonesia; from the history of colonialism up to today’s neo-colonial relations.
The result is ‘Garden of Memories’, in which a creative assemblage of archival footage tells a profound story about the history, the present and the future of Indonesia.
At this exclusive premiere, Stephanie Welvaart, researcher into Shell’s colonial history in Indonesia, will talk to the filmmakers in an extensive Q&A session. There is also a poetic intermezzo by the Indonesian-Dutch journalist and spoken word artist Fitria Jelyta. You are very welcome to delve into this history, to learn, to ask questions and to listen.

Harryaldi Kurniawan is an award-winning video artist living and working in Solok, West Sumatra. He is the founder and director of Dapurkultur, a media empowerment community in Solok and Padangpanjang. His work encompasses photographs, video art, experimental videos and documentaries and covers a wide variety of themes. From a photo series about Wonorejode, a ghost village abandoned by the impact of the coal industry, to an artistic short film about the impact of colonial history in Indonesia.
Stephanie Welvaart wrote the piece The Birth Of A Corporate Colonial Player about the history of Shell in Indonesia. She also worked at the NIOD, for the project Witnesses & Contemporaries, about the Dutch invasion of Indonesia after WW2 and she is active in the Decolonization Network Former Dutch East Indies, who are also supporting this event.
Fitria Jelyta (1991) is a freelance journalist and spoken-word artist. She mainly writes about the Dutch colonial past in Indonesia and about Muslims in the Netherlands. She is currently working on a book about her family history of anti-colonial voices in Indonesia.

About Arts of resistance & DNVNI

Shell and the Art of Resistance consist of three programs curated by Arts of Resistance. Arts of Resistance is a collaboration between Aralez, Afrogrooves, Afrispectives and Linangan. Together, they create a lively community of artists and social movements that can reinforce one another and take the world in the direction of a fairer future.
Nigeria program: https://www.facebook.com/events/605964201181432/
Curaçao & Surinam program: https://www.facebook.com/events/786369166005410/
Decolonization Network Former Dutch East Indies (DNVNI) aims to build a coalition of forces to support the decolonization agenda.